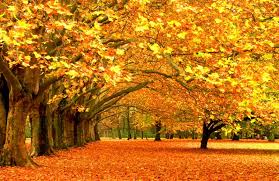 Canada in autumn or fall as the North Americans like to call it is a very beautiful place. I spent ten days of October in Mississauga, Toronto and made a number of interesting observations. The leaves had turned yellow and red of the most vibrant hues. It was as if the Almighty Himself had used the most lavish paint strokes to give the entire place a surreal quality. One of the most amazing experiences were walks in the woods, where the country’s national symbol, the maple leaf, strewn in the walkways swished under the feet to break the eerie silence of the canopied woodlands.

Just before I was leaving for Canada, there was a terrorist attack, which had left two soldiers dead. The killers were recent converts to Islam with criminal history. I knew that this would give the press enough ammunition to blast Islam and its adherents. Mercifully, nobody checked me for my Muslim identity or my Pakistani nationality. Instead the lady at the immigration asked me if I had traveled to West Africa and if I had come in contact with anybody suffering from Ebola. I reassured her that it was not the case and she smiled and let me pass.  The national press was not so condescending. A debate raged on whether terrorism should be condemned out rightly or with reservations.  The funeral of the two servicemen, a corporal and a warrant officer was celebrated with a great deal of fanfare and entire pages were devoted to patriotic fervor and the fallen soldiers were lionized as heroes. Another news item that made headlines during this time was about a CBC anchor Jian Ghomeshi, an Iranian, who had sexually abused a number of women apparently against their consent. The publicity given to the errant person was out of proportion to what he deserved. My niece disagreed. Her point of view was that a person exploiting female rights must be thoroughly exposed and criticized. I thought that the sordid details that were being repeated ad nauseum in the news reports could best be avoided. Canadians like most advanced western countries champion human rights. I visited the University of Waterloo to meet a professor, who is the director of the peace and conflict studies. He proudly showed me around and informed me that recently anointed Nobel Laureate Malala’s father Ziauddin Yusofzai had been invited to deliver a lecture in the town hall. Malala has been bestowed the honorary citizenship of Canada and she is a celebrity. “Why don’t you like her?” my North American siblings asked me. “I do but I can’t force the average Pakistani to appreciate her from the West’s point of view” was my feeble response.

While Pakistanis imitate traditional customs in weddings in Canada with full gusto and enthusiasm, the contradictions within the diaspora are enormous. The first generation sits glued to the Pakistani TV channels believing everything been shown by them to garner cheap popularity ratings and feeling both relieved and sorry that the country they had left behind is in such a mess. Their children on the other hand have severed all links with Pakistan. They are not concerned of what happens there. What alarms the parents the most is that the children question the very belief system that they hold dear. They speak think and converse in English like any young Canadian kid. One day the conversation centered round the difference between ‘specially’ and ‘especially.’ On a whim I asked a niece what was the word for it in Urdu. I thought there was a fairly straightforward answer. Pat came the reply, “What do you call a phone in Urdu.” Implying thereby that there was no word for it in Urdu and therefore an English word had to be used. Thereafter this became the standard reply for all inexplicable things #whatdoyoucallaphoneinurdu. Other contradictions were visible in the celebration of Halloween. 21st of October is the annual event, when houses were adorned with scary figures, ghosts, ghouls and pumpkin cutouts are used as jack o’ lanterns. The imam in the Friday sermon declared the event a pagan celebration but this certainly did not deter the Muslim children join with others to dress up in costumes and to ring doorbells of neighbors to ask for candies. The first generation of fresh of the boat (FOB) elders just fretted and recited astaghfar as the kids reveled in Rome as the Romans.

As my ten days came to an end in Canada, I boarded the PIA flight from Toronto to Islamabad for an approximately 14 hours long trans-Atlantic flight back home. I mused at the success of my countrymen, who had made Canada their home. They had indeed found heaven on earth and escaped the dust and flies and rampant corruption of our motherland. They are now the citizens of the first world. They have a passport that can take them anywhere without visa hassles and frustrations of being part of a country that breeds terrorism. Happy for them I struggled with the inflight entertainment system that refused to function and the reading lights that did not turn on, despite repeated effort, I tried to go to sleep and hoped that I would wake up in the proverbial naya Pakistan, one of whose proponents has since returned to Canada to rest and recuperate and enjoy the benefits of a welfare state.

Canada in fall is beautiful and Pakistan in its fall can be precarious for the Pakistanis.